Browsing all articles tagged with advertising

“Half the money I spend on advertising is wasted; the trouble is I don’t know which half.”

This is what John Wanamaker, one of the largest retail merchants in America in the late 1800’s once said…

I quoted this to my team when we were having a meeting on how to promote an upcoming exhibition for a client.

You see, we use a lot of different media to promote this event. And we test all these media – vigorously.

We asked every visitor when they come to the exhibition how they heard about it.

When a visitor downloads a ticket, they have to tell us how they got there.

We study our analytics, we can see which links are working and those that aren’t.

We use different direct dial numbers that are exclusive to specific ads.

Earlier this year we promoted a different exhibition and we added radio to our marketing mix – the results were there to see. Home run.

So now because of this “new media success” we are adding radio to promote this exhibition, but we haven’t taken anything else out – just trimmed here and there. Always testing, monitoring and tweaking.

Whenever developers change or modify their software, even a small tweak can have unexpected consequences. Automated regression testing is testing existing software applications to make sure that a change or addition hasn’t broken any existing functionality.

Are you doing the same with your marketing? Or do you just leave it to chance?
Times have changed, research into your business or your product can now be done, on the smart phone, anywhere. Buying decisions are now made long before a phone call to you is made or a visit to your store is done.

And whilst when asked, most customers will say to you “I found you on Google”
Remember this – unless you appear on page one of Google for the product you sell, or you are running a pay per click campaign, or there is another direct link to your site that you can measure and is directly accountable – something else got them there.

This is why perhaps that most traditional medias are often bypassed in favour of online medias and I can see why, online marketing allows you to monitor every single click, every like, every visit, there is a reason why people look for the best Los Angeles Facebook Ads Company. You can get a much more accurate feedback from online marketing and because you only “pay per click” and likes are “free” you may feel as though none of your marketing is being wasted.

If only that were true. Google Adwords has made it very easy for you to get visitors to your website, but at a cost and that cost is rising and if you want a good ROI (Return on Investment) you must constantly split test your account, research and fine tune. Do it well, build a good lead generator on your site, create a good follow up sequence and you can build a system using Adwords that will constantly bring you a stream of new customers on auto pilot. Also make complete utilization of backlinking services, and Facebook advertising because that is how customers find you half the time. You’ll know your numbers, you’ll know your conversion rate, but you’ll never be 50% right. You should also try to connect your Google My Business accounts and manage GMB properties from one dashboard as suggected at www.localviking.com/schedule-google-posts.

No I’m afraid, getting your marketing right 100% of the time is something that people like me and you will strive to attain 100 years from now. But if you know, really know your market, develop a strong message, test different media and develop a system for converting enquiries into customers you’ll know your numbers, you’ll know your cost to acquire a customer (and there is always a cost). Then you’ll have a starting point on which to improve on. And if you’re looking to take your existing eCommerce business to the next level, you can read eCom babes reviews here. 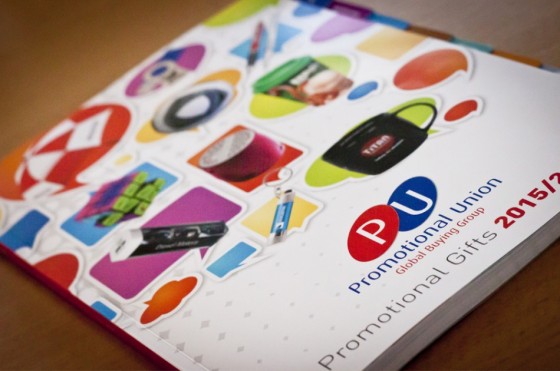 Work involves catalogue concept design, photographing products, photograph enhancement, and the layout of their annual 170 plus page product catalogue. The catalogue also has over 15 cover changes which are designed to each customers individual requirements.

I Do launches latest show at Leeds United Football Ground 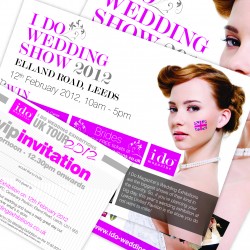 This project got underway early January in anticipation of one of the countries largest Wedding Shows at the Leeds United Ground (we really are on the edges of our seats).

We created the new ‘I Do Exhibition’ look, and incorporated it into leaflets, posters, banners, advertising, a complete website: www.ido-weddingexhibitions.co.uk and even gave the show tickets a bit of silver bling!

Check out this and the other work in our portfolio: I Do Magazine

Getting Past The Gatekeeper

One of my friends is a salesman through and through. He pounds the phones day after day cold calling businesses, trying to make appointments, get past secretaries, and gatekeeper to speak to the main man. He has some good days, but mainly they are bad.

Even when he does get the appointment he so desperately seeks, he’s still walks into the appointment on the back foot, his potential customer is still giving him a sideways glance and my friend has to spend half the meeting simply convincing the client that he’s trustworthy enough to even do the job, before he even gets onto the product he’s trying to sell.

Look – If cold calling really, actually works for you, then I suppose you should do
more of it.

But most of the time, the phone calls aren’t really working that well in the first place.
And doing more of what already isn’t working is just dumb.  Plus, unsolicited phone calls just annoy people.

If you’re doing this right now, if this is you’re only marketing strategy, then chances are you’re wasting thousands.

Advertising is a crucial ingredient, yet it actually works against most companies.
But when it works in your favour, amazing things can happen.
All advertising MUST do one of two things:

And do so in a measurable, quantifiable way.

If you do either of those things, you’ll have no problem ‘getting your name out there’
and you’ll also make money in the process.

But if you simply attempt to get your name out there, it’s very likely that you won’t generate sales OR sales leads.

People don’t expect nearly enough from their advertising, and they don’t hold it accountable for results.  So they waste thousands mainly because they don’t know any other way.

Then they start pounding their sales people for orders on the 26th of every month.

Most companies also try to make their advertising do too much.  Let me explain.

When you’re generating sales leads, you must remember that all you’re really trying to do is get people to raise their hands and identify themselves as someone who has a problem – and tell you who they are.

Anything beyond that dilutes the effectiveness of your ad.

So don’t make the mistake of telling them too much.  The purpose of pure lead generation advertising is NOT for you to tell them all about yourself – not in the first step anyway.

The purpose is for them to tell you who they are.

When you do this correctly, it’s simple, elegant, and outrageously effective.  And most importantly, nobody feels like you’re chasing them.

One last thing:
Everything you say in advertising must be very, very specific, including what you do , who you do it for and what you want your prospect to do.

If you’re busy being all things to all people then you’re probably not going to sell anything to anybody.

You must define a niche for your-self that’s reasonably unique, what can you offer your prospect of significant value to them which will help them take that first step.